More and more organic foods are finding themselves on the shelves at the grocery stores and markets due to consumer demand. Wondering when to spend on organic or local food? Wondering how far to take it? I have spent some time researching and have compiled a sort of cheat list covering the basic points on these subject.

1. Organic produce contains fewer pesticides: Pesticides are chemicals such as fungicides, herbicides, and insecticides. These chemicals are widely used in conventional agriculture and residues remain on (and in) the food we eat.

3. Organic farming is better for the environment: Organic farming practices reduce pollution (air, water, soil), conserve water, reduce soil erosion, increase soil fertility, and use less energy. Farming without pesticides is also better for nearby birds and small animals as well as people who live close to or work on farms.

4. Organically raised animals are NOT given antibiotics, growth hormones, or fed animal byproducts: The use of antibiotics in conventional meat production helps create antibiotic-resistant strains of bacteria. This means that when someone gets sick from these strains they will be less responsive to antibiotic treatment. Not feeding animal byproducts to other animals reduces the risk of mad cow disease (BSE). In addition, the animals are given more space to move around and access to the outdoors, both of which help to keep the animals healthy.

5. Organic food is GMO-free: Genetically Modified Organisms (GMOs) or genetically engineered (GE) foods are plants or animals whose DNA has been altered in ways that cannot occur in nature or in traditional crossbreeding, most commonly in order to be resistant to pesticides or produce an insecticide. In most countries, organic crops contain no GMOs and organic meat comes from animals raised on organic, GMO-free feed.

1. Financial benefits: Money stays within the community and strengthens the local economy. More money goes directly to the farmer, instead of to things like marketing and distribution.

2. Transportation issues: In the U.S., for example, the average distance a meal travels from the farm to the dinner plate is over 1,500 miles. This uses a lot of fossil fuels and emits carbon dioxide into the air. In addition, produce must be picked while still unripe and then gassed to “ripen” it after transport. Or the food is highly processed in factories using preservatives, irradiation, and other means to keep it stable for transport and sale.

3. Fresh produce: Local food is the freshest food you can purchase. Fruits and vegetables are harvested when they are ripe and thus full of flavor

4. Local or organic: which is better for the climate? While it’s good to buy locally grown food for many reasons, ‘food miles’ (the distance food is transported from the time of its production until it reaches the consumer) actually make up a relatively small percentage of the overall carbon footprint of food — approximately 11% on average, according to studies. How the food is grown makes up a much larger percentage — roughly 83%. For example, one study showed that lamb raised in New Zealand and shipped 18,000 kilometers to the UK still produced less than one quarter of the greenhouse gases than local British lamb. Why? Because local flocks were fed grains, which take a lot of energy to grow, while the New Zealand flocks were grazed on grass. Shipping the lamb to the UK was responsible for only 5% of the overall greenhouse gases, whereas 80% of the emissions were from farm activities.

For more information on choosing Organic or Local or other ideas for going green check out www.davidsuzuki.org.

At last I thought I would include the easy reference lists below, that many of your may be familiar with already. Don’t want to spend the extra money to purchase everything organic? Then pick a few of the worst offenders below. Also if you are like me and probably won’t remember this list when you are at the store, copy and paste it to your phone for easy access.

The Dirty Dozen (in order of contamination)

The Clean 15 (in order of least contamination)

For more information on the Dirty Dozen or Clean Fifteen visit http://www.ewg.org/foodnews/

Many Wonderful Uses For Olive Oil

Olive oil is widely used in cooking due to its health benefits. Kyla Kleaning wants to share with…

Looking for Green Companies in Victoria BC?

Everyday you are surrounded by fabrics whether it's on your couches, car seats, the bed… 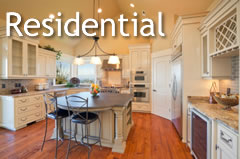 Another very satisfying day...Melissa did an amazing job here. Please can you find out what used to clean the hardwood floors--they look beautiful.

Thanks again! - Linda, Victoria BC
More...